>>
We inspire young generations to be interested in science: humanity's ongoing search for knowledge.
02

We encourage young generations to learn about research: a tool to discover the hidden secrets of the universe.
03

Nasa has successfully launched its Orion crew vehicle and returned it to Earth. It’s hoped that the new craft will eventually take astronauts to Mars.

Dec 05, 2014: At 7.05am ET (12.05pm GMT) on Friday a dense bloom of fire and smoke shrouded the launchpad in Cape Canaveral, Florida, as the Orion capsule rose into clear skies on the Delta IV heavy rocket.

Four hours and 24 minutes later, after orbiting the Earth twice and flying further and faster than any spacecraft designed for humans since the Apollo moon program, Orion splashed back to Earth in the Pacific.

Curiosity rover has landed on Mars

NASA’s Mars Science Laboratory (MSL), named Curiosity lands on Mars at 3.01pm ACST on 6 Aug 2012 and begin its 23 month long journey across the Red Planet. The Curiosity rover will search for evidence of conditions favorable to microbial life, sampling rocks, terrain and climate to gather clues about possible past life and perhaps even present life on Mars. Ref. NASA.

NASA's Curiosity rover has landed on Mars! Its descent-stage retrorockets fired, guiding it to the surface. Nylon cords lowered the rover to the ground in the "sky crane" maneuver. When the spacecraft sensed touchdown, the connecting cords were severed, and the descent stage flew out of the way. The time of day at the landing site is mid-afternoon -- about 3 p.m. local Mars time at Gale Crater. The time at JPL's mission control is about 10:31 p.m. Aug. 5 PDT (early morning EDT).
06.08.2012 03:02:54 PM GMT+0930 | NASA MSL Updates

The team of researchers and fellow space enthusiasts at the Mahinda Pathegama Centre for Science and Innovation - MPCSI in Australia had hosted a party to celebrate this historic occurence. The celebration was held at MPCSI in SA, Australia on 6 Aug 2012. Mars Landing parties across the globe

MPCSI would like to thank the organisers of the "Mars Landing" Party in SA Australia and all participants for this event. You encourage us in many ways and we would especially like to acknowledge all of you who have shared your knowledge on the latest technologies with other fellow science enthusiasts during the party.

Our special thanks go to our team members for your great efforts to motivate young generations towards science.

We would like to thanks for our social team: You have done an invaluable service sharing and communicating through social media, which has allowed many people to be aware of Curiosity's landing on Mars.

We are pleased with our friends' continuous service as evidently, it has inspired many school children to become future scientists

To Inspire our children to become scientists

Talk about heroes who have inspired people with new scientific ideas and findings, or who have made discoveries that have had an impact on science. 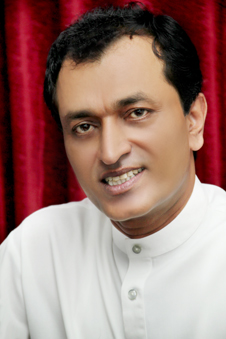 Mahinda Pathegama is a Sri Lanka born scientist and an artificial intelligence researcher-promoter who, for many years has worked for Australia and has made a number of innovations and discoveries in the field of Intelligent information systems and physiological science systems. His researches began many years ago in Australia with investigating biologically inspired artificial neural networks for figure ground separation and further into neural mechanisms for functional changes in the brain due to electromagnetic radiation. His findings were accepted in many parts of the world, especially in Australia, Japan, Ukraine, Poland and Russia. According to the published media, his expertise expands in multi-disciplinary fields that have been gifted by his education along with multiple university degrees in Artificial Intelligence, Information and Electrical Engineering, Electronic, Telecommunication and Mechatronics Engineering, up to Doctor of Philosophy. He has made a scientific breakthrough by the name of 'Frequency-Forced Digital Processing'.

He is the founder of MP Centre for Science and Innovation in Australia. 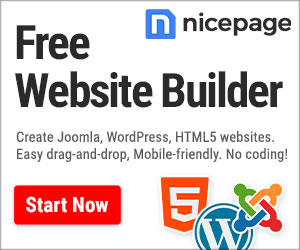 Billions of years ago, a lake once filled the 96-mile wide crater being explored by NASA's Mars rover Curiosity, bolstering evidence that the planet most like Earth in the S olar system was suitable for microbial life, scientists said on Monday Dec 8. - IBT, By Adam Justice , December 9, 2014

"Eyes on the Solar System".

This is a 3-D environment full of real NASA mission data. You can explore the cosmos from your computer. Hop on an asteroid. Fly with NASA's Voyager spacecraft. And now you can ride with Curiosity all the way to the surface of Gale crater. | Credit NASA/JPL-Caltech